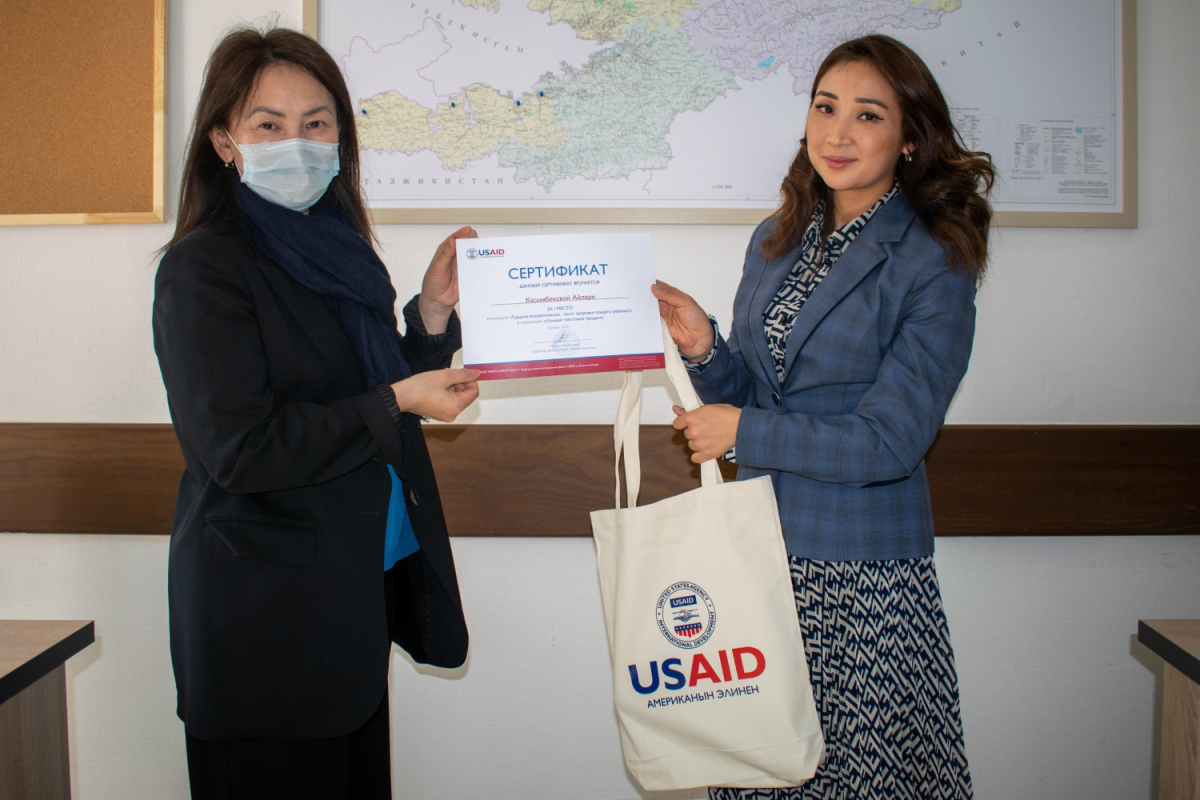 Following its World Breastfeeding Week (#WBW2020) Facebook campaign in August, USAID Advancing Nutrition Kyrgyz Republic announced a public contest, “Breastfeeding is the Best Start,” to create engaging communication products that promote positive messages about breastfeeding. Global recommendations suggest that children under 6 months should be exclusively breastfed, but only 46 percent of infants in the Kyrgyz Republic meet this standard, according to the 2018 Multiple Indicator Cluster Survey.

To raise awareness of the importance of breastfeeding for the health of mother and child, the contest engaged the public and encouraged people from various creative fields to participate, including media representatives, independent journalists, bloggers, artists, and illustrators. Applicants submitted 34 media products, in the format of text, video/audio, or illustration, for the contest’s three themes: A breastfeeding mother leads to a healthy child; Support for breastfeeding by husbands, family, employer, and state; and Support breastfeeding for a healthier planet.

A panel of the project’s staff evaluated the entries on how well they reflected contest themes, original approach, and quality of the product, then selected the following three winners—one from each media format category.

Aiperi Kasymbekova, a mother of two, submitted an essay in which she shared her personal breastfeeding story. An excerpt from Aiperi’s story reads: “I'm a breastfeeding mother of the two children. I have passed my thorny path to successful breastfeeding. Through my experience I want to support mothers to never give up. I wish that every mother would be able to receive the gift of motherhood and enjoy breastfeeding. This is the intimate bond between mother and baby. I believe that breastfeeding is the foundation for a baby in physical and emotional development.”

Ermek Aktanov, a reporter from Birinchi Radio, submitted an audio broadcast in which he had interviewed nursing mothers who shared their challenges with breastfeeding, how they overcame them, and some of the most beautiful moments of their breastfeeding experience. 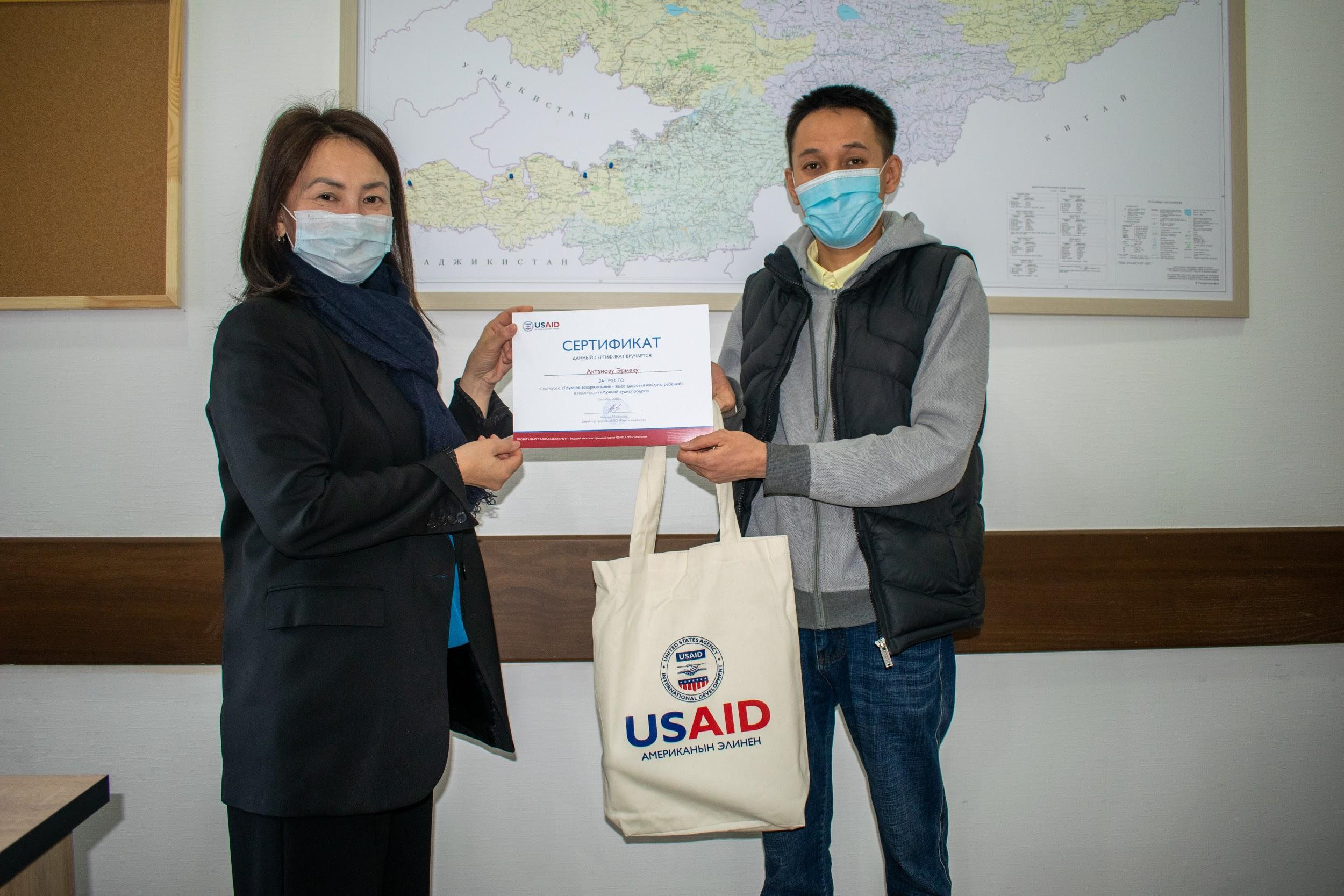 Kulnar Akmatova, a member of the National Artists’ Union, submitted a painting in which she illustrated a husband supporting a nursing mother. 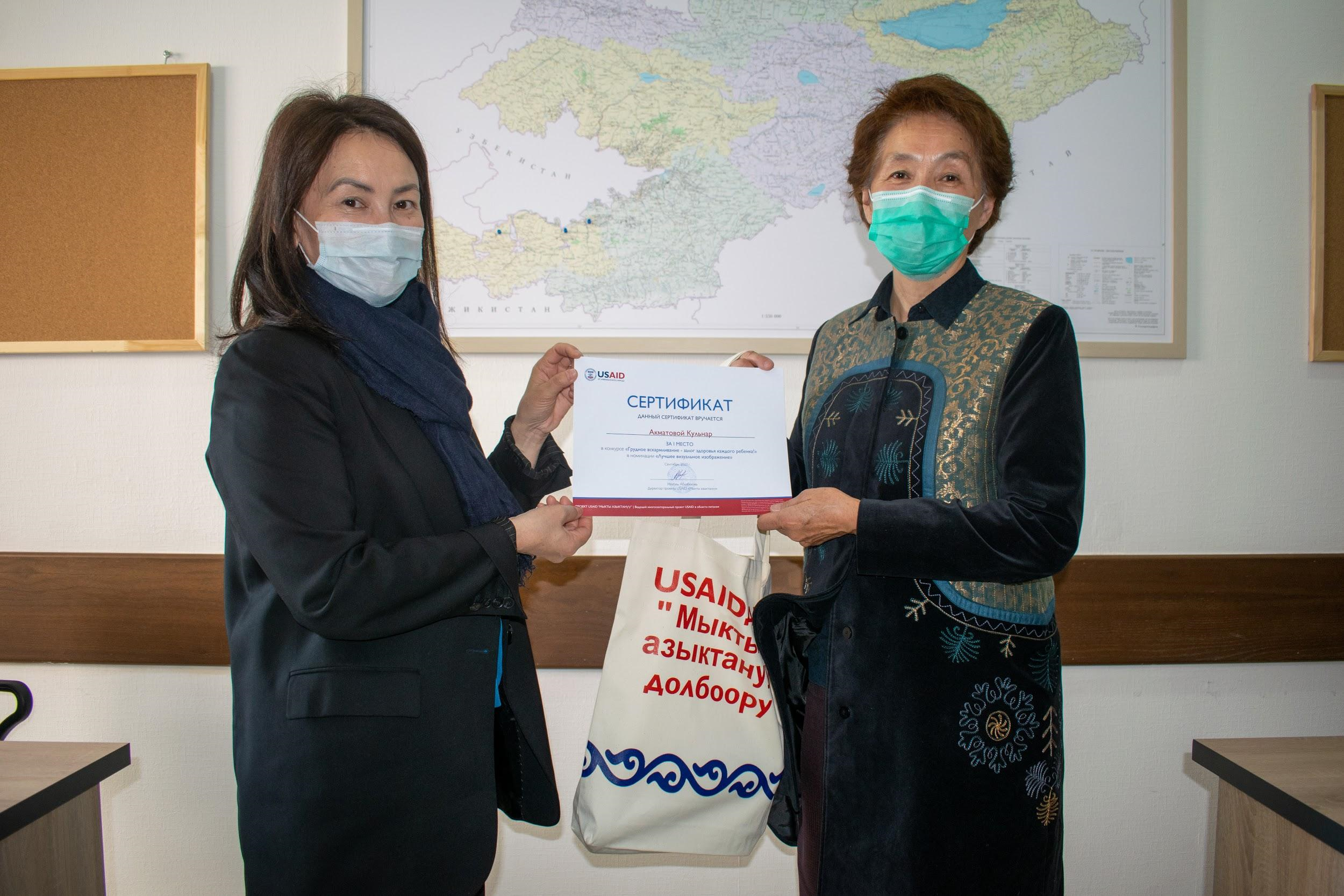 Kulnar Akmatova received a prize for her painting of a husband supporting a nursing mother. (USAID Advancing Nutrition Kyrgyz Republic).

The Facebook announcement for the contest reached 40,476 people, putting a focus on breastfeeding as the best source of nutrition for infants and young children and fostering supportive attitudes toward breastfeeding. Through such initiatives, as well as regular programming promoting optimal nutrition practices and hygiene behaviors, USAID Advancing Nutrition increases access to credible nutrition-related information and contributes to the uptake of sustainable nutrition practices in project sites.

Join the Innovation Lab for Nutrition and USAID Advancing Nutrition for a webinar series to hear about the Lab's research, results, and learning to inform future programming.

Designed to inform and engage stakeholders, this series will cover research conducted by the Innovation Lab for Nutrition and its stakeholders over the past ten years. During each webinar, panelists will present findings from their research, discuss policy implications of these findings, discuss what needs to be done to better link research to practice, and identify research gaps for future consideration.

There are currently no upcoming events. Please check back in the future and follow us on Twitter for announcements.