Inherited blood disorders include disorders of red blood cells (RBC) and hemoglobin that affect structure, synthesis, and function. They are predominantly linked to malaria resistance, mostly caused by Plasmodium falciparum. The malarial parasites invade and proliferate in the RBC, which are also the primary site where these disorders manifest. Each year, about 500,000 children are born with severe anemia owing to inherited blood disorders, with 80 percent living in countries of sub-Saharan Africa, the Mediterranean region, the Middle East and North Africa, as well as South and Southeast Asia.

Inherited conditions associated with anemia include the abnormalities of hemoglobin structure (β- and α-thalassemia), abnormalities of the functions of RBC enzymes, and abnormalities of the red cell membrane. While none of these genetic disorders prevent P. falciparum infection, each offers different mechanisms and varying degrees of protection against malarial complications.

Six Key Actions to Reduce Anemia
Toolkit published by SPRING in 2017
This brief describes country-led efforts to coordinate and implement anemia prevention and control, offering lessons learned to help other countries design the best possible solutions.
View Resource ›
The Inherited Disorders of Hemoglobin: An Increasingly Neglected Health Burden
Literature Review published by Indian Journal of Medical Research in 2011
This review presents current global estimates of common inherited hemoglobin disorders such as sickle cell anemia and ß-thalassemia, and highlights the lack of evidence and the need for further research and collaboration in this area.
View Resource › 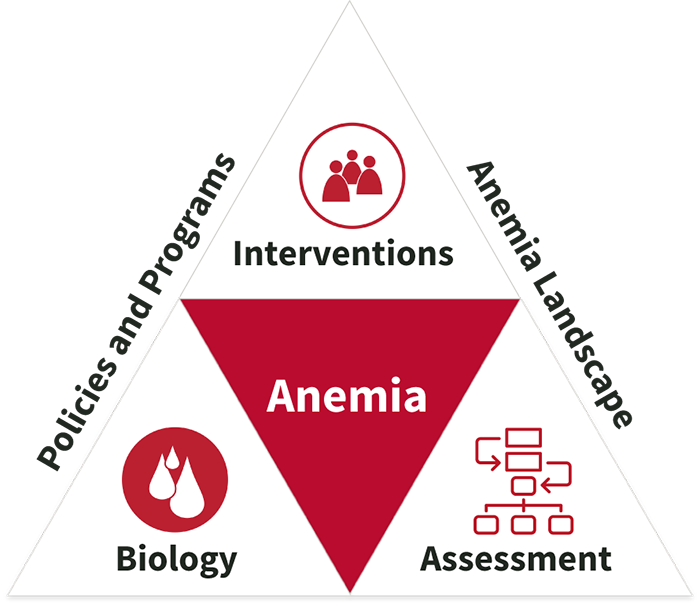